by Monty, from the Twin Cities (USA) 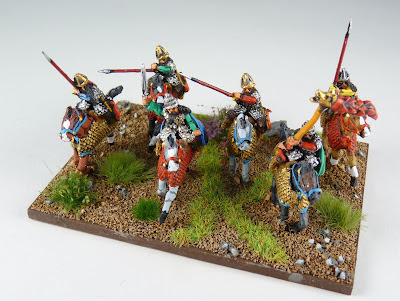 The Rhoxolani were a Sarmatian people that migrated toward what is now the Baragan steppes in Romania.  The historian Strabo described them as nomads.  The Rhoxolani were defeated by general Diophantus in Mithradates' Crimean campaign and subsequently came over to fight with the Pontics against Rome.  There is a small mention of 100 Sarmation cavalry distinguishing themselves in the First Mithridatic campaign.